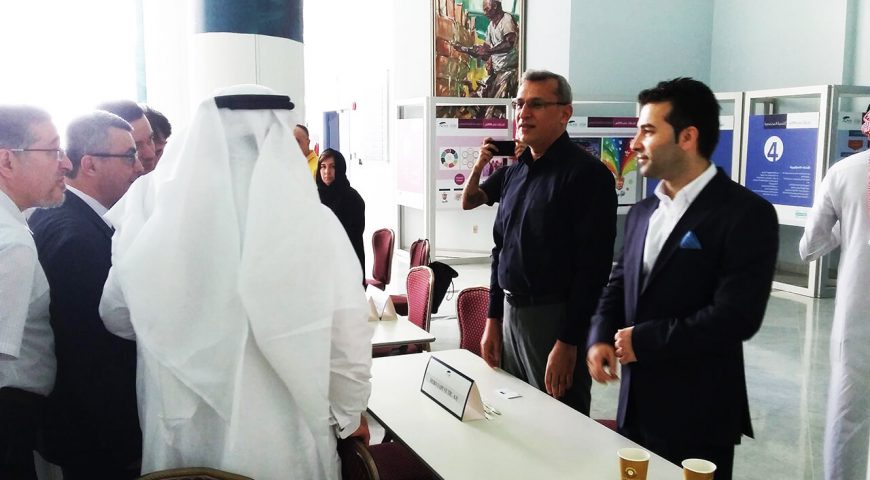 Hebo Yapı has attended to The Big 5 Saudi Fair in between 05-08 March, 2018. The fair was visited by 13.027 visitors and Hebo was one of the most visited stand with her high tech products.
As Saudi Arabia has big energy and constrution sectors, there has been a need for prefabricated buildings, containers, steel structures and cabinetsfor accomodation purposses. In this respect, an important number of sector companies visited Hebo stand to get detailed information from our experienced staff.

As the fair was supported by Ministry of Turkish Economics,many of the leading companies from Turkey were also attented to the fair. Not only the Turkish companies but also many of the European companies, specially from Germany and Italy were represented at the fair. The exhibiton was held in Jeddah, it is located in border of RedSea, that is why the visitors were not only from Saudi Arabia, but also from other Gulf countries. Hebo is a well known brand name in the Gulf area with completed prestige projects, in these cities Jeddah, Muscat, Doha, Kuwait, Amman, Bahreyn and in many others.

Steelin and Hekim Profil products, which are new investments of Hekim Holding, have received serious attention and detailed information has been given to customers. Thanks to Steelin’s advanced technology, flexibility in dimentions attracted great interest. Project negotiations with many customers are continuing in this context.

The most asked product was the new style of Hebo flat packed porta cabins, which provides reasonabe cost of transportation and assembly processes.

The prefabricated system of Hebo Yap with its steel structure and fibercement covering on rockwool insulation was tasted by Germanisher Llyods according to American Fire Standards and the report has given as successful, any deformation or combusting has not been observed. This and many other features of Hebo, make her in front of the other competitors.

×
Create your request in just one minute and send it to us. Thank you in advance for your interest.
Quick Request Form
Hebo Yapı A.Ş. is a Hekim Holding company.
© 2022 ~ Hebo Yapı ~ All Rights Reserved.